Fully fledged Conveyancer and Lawyer in Still Bay. Offering a variety of general legal services such as conveyancing, contracts, wills and administration of estates. Also property transfers, litigation, debt recovery, divorce as well as maintenance. In the Duine Mall in the popular coastal town of Still Bay, Western Cape along the Garden Route. Working with clients from the Still Bay, Jongensfontein, Melkhoutfontein, Riversdale areas in Hessequa.

Each time a property is sold, a new deed of transfer must be drawn up and registered. Being a professional conveyancing solicitor, Anna Hattingh can help with the transfer of legal title of that house you are buying or selling. She specialises in property law handling concerns such as property transfers, mortgage, right of possession, deeds as well as development law.

There are many types of contracts such as service contracts, sales contracts, transfer of ownership contracts, etc. Parties to such contracts could be individuals, corporations, partnerships and more. To make sure that your contract is legal and binding, you need the services and advice of a professional lawyer. Anna Hattingh is an expert in drafting, reviewing, editing as well as updating contracts. Make use of her professional expertise in drawing up legal written commercial and other contracts, thus avoiding being taken for a ride.

As a qualified and experienced attorney of law, she also takes on criminal cases and debt recovery/collection. She does litigation which is the process of taking legal action, in other words the settlement of legal disputes before state courts. She also does civil litigation where the legal action applies to non-criminal matters. Moreover, she can assist you to reach a settlement before the case goes to court which might save you a lot of trouble and money. Of course she does court appearances when needed to state her client’s case and defend him/her professionally.

To marry, you need a contract with which Anna can assist you. In the event of the marriage falling apart, you need a professional attorney to help you obtain a divorce. She will assist you to get through this extremely painful and emotional experience as smoothly as possible. At a time like this, you need a level headed person to guide you through the obstacles which can make or break your future and that of your children. Anna will make sure that you receive proper maintenance for the kids if the court commits them to your care.

There are different types of wills such as simple wills, testamentary trust wills, joint wills and also living wills. A living will is a document in which people state their wishes for end-of-life medical care. That comes into motion when such a person has become unable to communicate his/her decision, for instance not wanting to be kept alive by machines. This kind of will, of course, has no power after death.

As a professional lawyer, Anna Hattingh is also experienced in drawing up a last will and testament. She can also serve as executor or administrator of an estate.

Anna Hattingh BA (UP) LLB (UP) 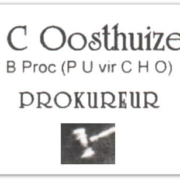 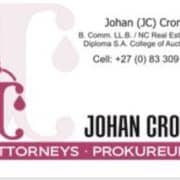