Visit the original Alcare Aloe Factory and Coffee Shop in Albertinia where you can watch a demonstration of traditional aloe tapping. Find out more about cosmetic and wellness products, browse through the shop and buy an Aloe Ferox seedling.

Since 1986 the House of Aloes (Pty) Ltd has ventured on a quest for wellness and beauty in the aloe industry. The journey has taught us to value the extraordinary potency of plants. Plants such as the African Cape Aloe humans have relied on over the ages. Alcare Aloe Factory in Albertinia manufactures the finest healthcare, skincare and beauty products from the aloe leaf. They harness the Aloe Forex’s properties to bring you a range of beauty and wellness products.

The world over, users revere aloe for it’s numerous properties. Healing, detoxifying, anti-inflammatory, Anti Bacterial, Anti-Viral and Anti-Parasitic – and those are only the ways in which aloe helps in maintaining personal wellness.

Aloe is also particularly well suited to skincare. It is rich in polysaccharides and other plant metabolites, as well as contains amino acids and minerals, so it contributes to soft and smooth skin that is hydrated, nourished and rejuvenated. The bitter sap, in addition, contains powerful anti-oxidant properties – an ancient source of a modern cosmetic buzzword.

An age-old tale of miraculous healing

The application of applying aloe for a wide range of conditions is as timeless as the mountains and rocky hills the plant grows best in. Ancient knowledge of medicinal plants, passed down from generation to generation, has in recent years become an increasingly important research area for pharmaceutical, wellness and cosmetic companies.

In the oldest references, Egyptians recorded aloe’s role in hygiene and religion in carvings on the Pyramids, while Southern Africa’s Khoi and San depicted its use in rock paintings. Respected Greek, Roman, Hebrew, Arabian, Chinese Indian, Mexican and West Indian healers also prescribed aloe, while scholars noted its benefits.

For centuries indigenous healers have treated man and beast successfully with aloe preparations. In Xhosa culture it is applied to fresh and inflamed wounds to encourage healing and is a known cure for ring worm and tapeworms, boils and ulcers. Aloe is used to treat enteritis in calves and fowls, as well as roundworm in the Zulu culture, while the Pondo mix aloe juice and water for a refreshing body wash. An extract, bitters, is ingested to help with detoxification, as well as gout, rheumatism and arthritis, stomach and digestive ailments. Other recorded uses include: insect bites and bluebottle stings, fungi as well as toothache. Also sunburn, and as protection against the elements and to stimulate the immune system, to name a few.

During the age of exploration, Spanish mariners realised the plant’s value and carried aloe on board to treat cuts, burns and chafing, while missionaries further spread word of its uses through the New World.

The aftermath of the nuclear bombing of Japan in 1945, however, elevated the plant’s status irrevocably. A scientist reported that if you treat radiation burns with an aloe extract, they healed considerably faster than from any other treatment. Since then, they apply aloe preparations to burns as a result of x-ray and radiation treatment.

This news sparked an explosion in the Aloe vera market in the US. giving the species celebrity status in the wellness and beauty industries. Africa, on the other hand, boasts over 300 species of aloe. The most beneficial of these of course is South Africa’s Aloe ferox, or Cape Aloe. This is one of very few plant species that appears in San rock art.

A proud sentinel along the roads and rivers of the Hessequa, the entrance to the Garden Route near Albertinia. The robust Aloe ferox has thicker leaves than it’s famous cousin. Short and stubby thorns cover these to protect it from herbivores. And also harbour the valuable gel and bitter sap that they harvest.

Aloe ferox plants growing in this area in particular proves to have 36% more total amino acids in its gel. And 20 times more of the bitter sap containing the beneficial substance aloin than Aloe vera. Local specimens have the highest aloin content in the country at up to 28% of the bitter sap. In contrast, Aloe vera contains very little bitter sap and therefore very small amounts of aloin. For years, they harvested and exported the bitter sap to Europe and Asia for inclusion in a range of products.

In 1967, a surgeon on Prof Chris Barnard’s first heart transplant team noted how the application of Aloe ferox gel to wounds accelerated the reproduction of the cells responsible for the formation of collagen, which is vital for skin strength and elasticity.

Aloe ferox’s reputation convinced the Council for Scientific and Industrial Research in the late 1980s to sponsor a two-year study. A study by eminent scientists at the University of Cape Town to better understand the plant’s potent active ingredients and their particular interaction.

New research is ongoing, with one study in Japan in 2006 suggesting that Aloe ferox’s tumour reducing properties are not due to any one compound. But is the synergistic effect of a combination, once again illustrating the power of this gift from nature.

In the product area, you can read the testimonials from our customers. Thus find out how our products made a real difference to their lives.

They also cater for the inner body in the coffee shop where you can enjoy a light meal. 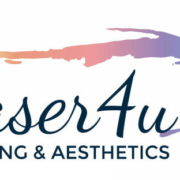 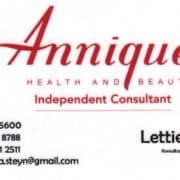 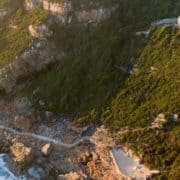 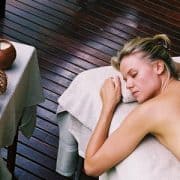 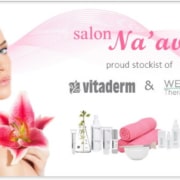