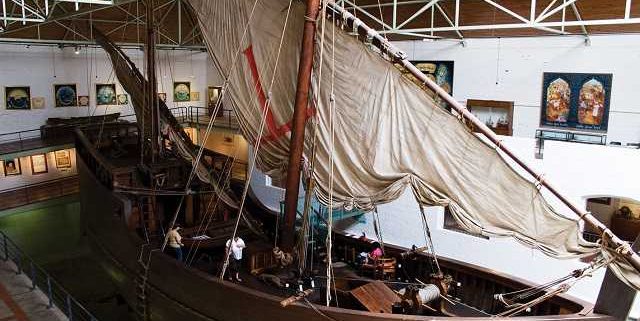 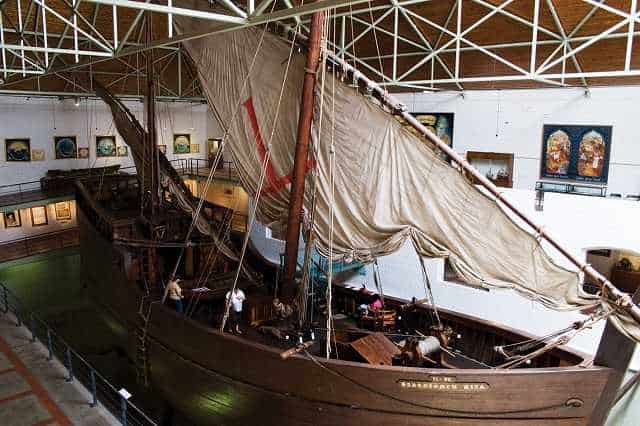 The attractions of the Dias Museum Complex in Mossel Bay are clustered around an ancient milkwood tree (Sideroxylon inerme). This tree was used as a kind of a post office by Portuguese explorers who sailed to the East in the 1500s.

Still strong and healthy, the Post Office Tree remains one of Mossel Bay’s biggest attractions. But it’s only one of the many exhibits at this exciting venue.

The Complex is situated above the beach where Bartolomeu Dias and his men became the first Europeans to set foot on South African soil (on 3 February, 1488). Here they drew water from a spring which continues to run even today. Which is situated in the Complex’s indigenous field garden, a little way downhill from the Post Office Tree.

You enter the Complex via a replica (built on the original foundations in 1989) of an old Granary which the Dutch East India Company (VOC – Vereenigde Oost-Indische Compagnie). VOC was erected in 1786 for storing grain and wool. Here you can see a display of live specimens from the fynbos (Cape macchia) vegetation of the Mossel Bay area.  Then moving into the field garden, which boasts the only Braille Trail in the Southern Cape.  This is an excellent way for both sighted and unsighted people to learn about the fynbos of the area.

Across the way, the Maritime Museum

– a stone building with a sail-shaped roof – houses a full-sized replica of a caravel that’s very similar to Dias’ own vessel.  Built in Portugal and sailed out to South Africa in 1987/8. The Maritime Museum also houses a collection of old navigation instruments, and replicas of ancient charts and maps. A local history collection occupies the top floor of the building, and contains household items from the 19th and early 20th centuries.

Behind the Post Office Tree, the Shell Museum houses the largest collection of marine and terrestrial shells in Southern Africa. And a number of aquariums and a touch tank make for fascinating viewing. (Children always enjoy a touch tank!)

At the lowest point of the field garden, two Cape Dutch style thatched buildings – the ‘Munroes Hoek Cottages’ – house the offices of the Mossel Bay Archaeology Project. An international study into the findings in the Pinnacle Point Caves, about 12 kilometres to the west (where modern human behaviour emerged 164,000 years ago). These are replicas of houses which one Alexander Munro built in about 1830. From which he and his family ran a seamen’s canteen and, later on, a seal hunting and whaling station.