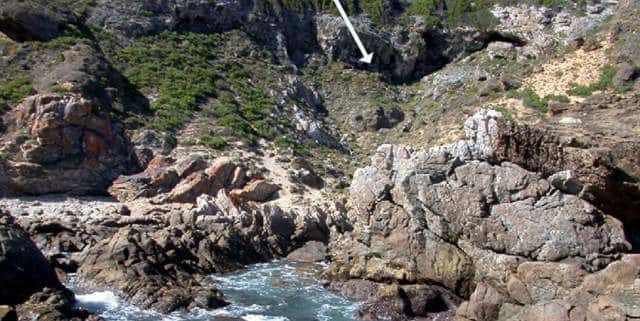 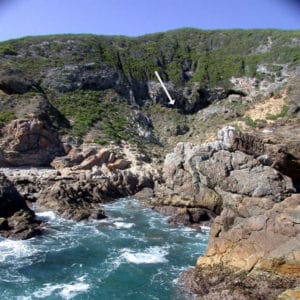 The Blombos Cave between Still Bay and Jongensfontein has been declared a provincial heritage site. It is not open for the public. Visit the Blombos Museum of Archaeology which is accommodated in the Still Bay Tourism Bureau for a full insight on the cave and the discoveries made.

Visiting hours of the Museum:

The most extensive and well documented sample of so-called ‘Still Bay points’ in southern African comes from the Still Bay sequence in Blombos Cave.

Still Bay points have bi-facially retouched sides, are elliptic to lanceolate shaped and most often they have two pointed apices.

Since the excavation in Blombos Cave began more than 500 points or point fragments have been recovered, of which 352 have been described in detail.

The dominant raw material used for Still Bay point production in Blombos Cave is silcrete (72%), followed by quartzite (15%) and quartz (13%).  Whereas the quartzite and quartz raw material is easily available in close vicinity to the cave. But the exact source for silcrete has not been established.

It is speculated that it may come from outcrops in Riversdale or Albertinia – some 30 km away – or from now underwater sources. Ca. 90% of the Still Bay points recovered from Blombos Cave have been classified as “production rejects”, and preliminary analysis of the lithic material from the ‘CC’ unit suggests that the majority of the lithic debitage are by-products of bi-facial point manufacture. Villa et al. (2009:458) conclude that: Blombos was a workshop in the sense that the making of points was a primary – though not exclusive – activity at the site.

What the Still Bay Points represent.

For the moment, the Still Bay points from Blombos Cave represent some of the earliest evidence for pressure flaking. This is a technique more common in considerably more recent lithic techno-complexes.

Experimental replication by Mourre et al. 2010 and microscopic study of Still Bay points from Blombos Cave indicates that some silcrete blanks were deliberately heat-treated. This was before pressure flaking was employed in the final reduction sequence; and thus improving the silcrete’s flaking quality.

It has been argued that the bi-facial points were hafted and used primarily as spear points or knives or both. Some researchers have suggested that the seeming concern for the appearance of the finished point may represent evidence for social and stylistic elaboration during the MSA.

Still Bay points may have served as tools with symbolic values attached to them.  Perhaps used as markers of identity – and integrated in social exchange networks, similar to the ones observed ethnographically.

Högberg and Larsson, 2011 hypothesis that blanks and unfinished Still Bay points were purposely left behind in Hollow Rock Shelter.  Perhaps for being used at a later stage or as an act of solidarity with other hunter-gatherer groups. 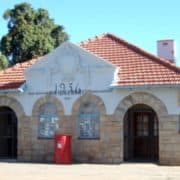 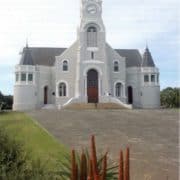 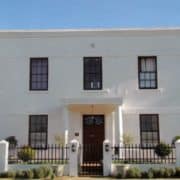 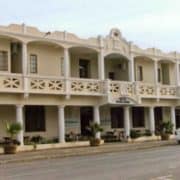 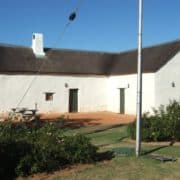