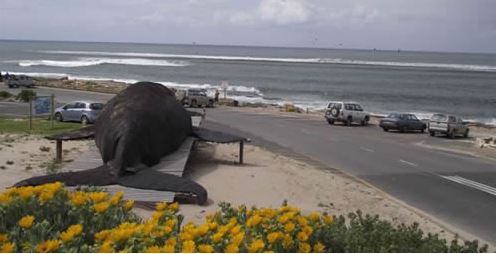 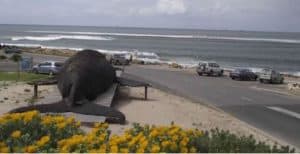 A documentary movie telling the true story of Peter Esterhuizen and the Giant Southern Right Whales of the Cape coast filmed in Witsand.

The Cape Town cameraman, Jeremy de Kock, tells us the strange and moving story of Peter and his whales. South African fisherman Peter Esterhuizen had a mission: to help whales – and make others love them as he did. Induna is the Zulu word for ‘headman’ or ‘captain’.

The setting is a deceptively tranquil stretch of coast. One morning a great whale became trapped in the river mouth, and would have died, had Peter not rescued it.

It was that day that his passion was born. Once hooked, there was no looking back. Peter claimed a special kinship with whales. Some thought him crazy, scientists dismissed him. Others praised him, and owed their love of whales to him.

The video was produced in 2002 by Reel Jem Films and Off the Fence in VHS video tape format. In 2006 it was released in DVD format. This colour documentary movie has a running time of 1 hour.

‘The Whale Induna’ video was filmed in Witsand. With stunning footage of the whales, this makes a wonderful souvenir.

Barry’s are the distributors of the video and will gladly post you a copy once payment has been received.

The Anchorage Beach Restaurant and Bar 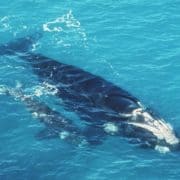